An interesting historic site in the Settlement area is the Mandors’ Quarters (aka The Virgins’ Castle). The Mandors were the overseers of the Chinese indentured labourers known as “coolies”. 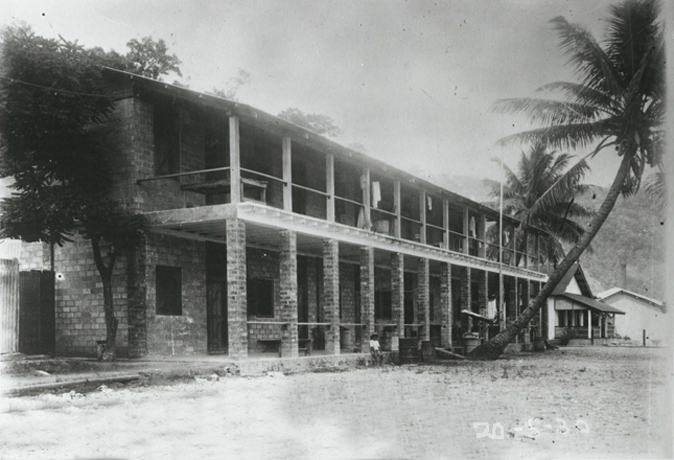 This photo was labelled “The Mandores’ Quarters” and taken on 20th May 1930. Source: National Archives of Australia R32:CIPC 7/​24B

In the 1960s single female, schoolteachers and nurses were housed there hence its nickname “The Virgins’ or Virgin Castle”. In the 1970s/80s married couples had moved in. The breezeway was converted into dining areas for each unit.

The photo below shows part of the old Mandors’ Quarters around the mid 1960s. Note the beautiful wooden doors and shutters and the wooden slats above them. The building looks well kept. What a pity its historical significance was never valued in the proceeding years. 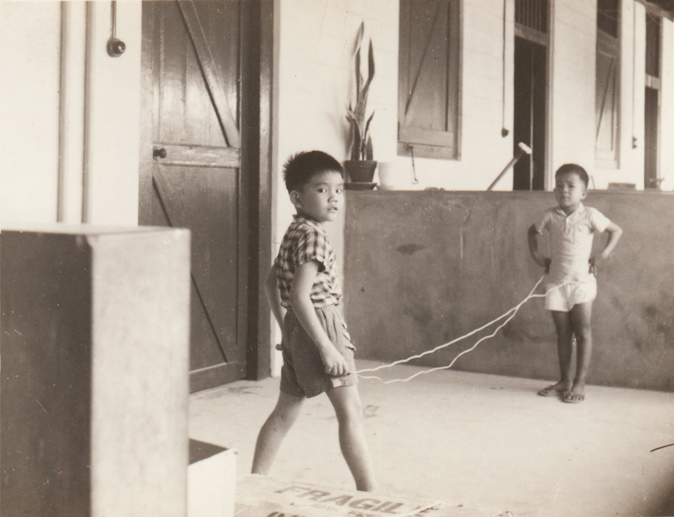 With thanks to Kit Chia for this photo of him when he was a little boy playing outside his home at the former Mandors’ Quarters.

In September 2018 the site was totally overgrown and fenced off.

By October 2022 the site was fully cleared of the jungle overgrowth and building debris. Select an image in the gallery below to see an enlarged version.

The fate of the mandors’ quarters aka The Virgin Castle has now been sealed. The final remnants of the building will be removed and new visitor accommodation built in its place.

Many things would have happened at this site and its surrounds from Christmas Island’s earliest days. As the site dates back to at least 1910, all the memories and layers of history hang in the air there. That’s something that can never be erased.

Let’s have a final walkthrough along the bottom floor in the video below.

In 1852 the Dutch Barque Vice Admiraal Rijk was sh